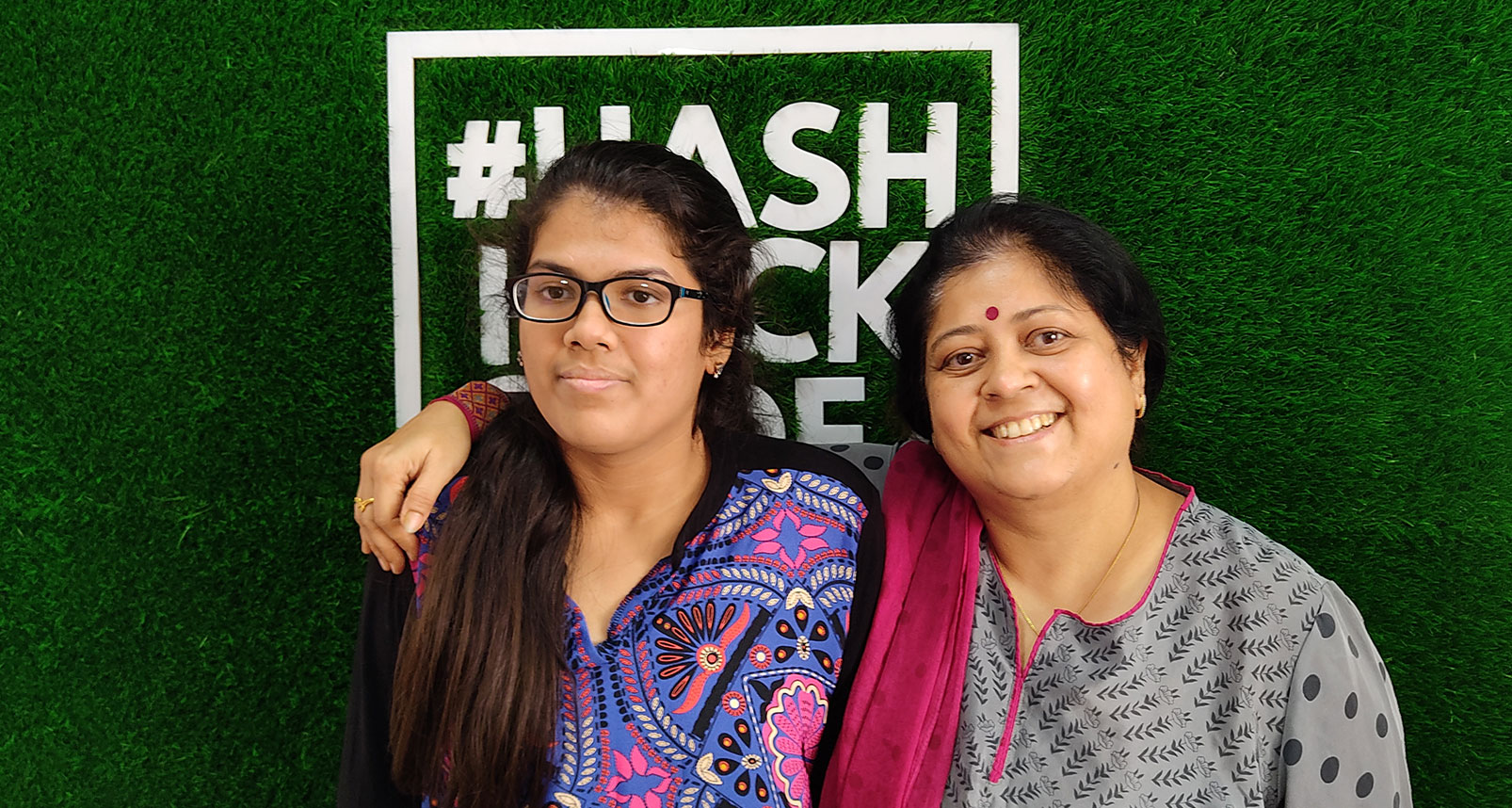 Ankita was born in Bangalore in 1996. She is our firstborn child. When she was around eight months old, we moved to Chennai where my husband had set up his business. While growing up Ankita was seemingly normal. She achieved all the motor milestones on time and was a cheerful and happy baby. We did feel that her language skills were inadequate as compared to her age but attributed it to the fact that she was exposed to diverse languages. We spoke Bengali and English while the people around us spoke Tamil. At around one and a half years, we started to notice something was a little amiss. Ankita seemed to be in a world of her own and hardly indulged with other children or adults. We assumed that things would settle down when we put her in a school which would provide opportunities to socialize with kids of her age.

Although Ankita could pick up all the academic concepts in school, she wasn’t able to make friends or narrate anything regarding the happenings in school. The general chitter-chatter and conversations that are very common in children of her age were missing and we started getting a little concerned. We contacted my brother who is a doctor and shared our observations and concerns. He advised us to reach out to doctors in CMC, Vellore and much to our horror Ankita was diagnosed with Autism. 22 years ago we hadn’t heard of Autism and weren’t aware of the reverberations the diagnosis would have on our life. The short training on Autism in CMC, Vellore helped us come to terms with the diagnosis and what needed to be done. During the parent counseling, I was told to spend more time with Ankita.  I decided to quit my job and devote more time to support her.

Ankita’s schooling was a huge challenge for us. From the very beginning, I wanted Ankita to be a part of a mainstream education system. We did manage to get admission too, but two decades ago, inclusion, special educators in mainstream schools, and resource rooms were unheard of. Those were difficult years for Ankita and us. A day didn’t go by without complaints of Ankita’s lack of sitting tolerance, screaming during the class, hyperactivity, or crying. I’d be willing to tell them how she could be helped, but no one was willing to listen. The schools wanted to opt for the easy way out by citing lack of expertise to handle her and telling us to seek admission elsewhere. We had to change six schools before we finally found the ideal school.

Probably the single most important factor that determines the success of a person with special needs in society is being surrounded by well-meaning, kind, and accepting people. We found a beacon of hope in St Ebbas school in Chennai. The Principal, teachers, and children came as angels in Ankita’s life. They did not pressurize her, judge her or hold a grudge against her. They were kind, concerned, and helpful. They communicated efficiently with us, made necessary changes to suit Ankita’s needs, and provided required exemptions to make her journey a smooth one. There were challenges, but being in a compassionate and understanding environment made all the difference in Ankita’s life and she sailed through school. Ankita cleared her tenth grade from the state board.

For the eleventh standard, we opted for the Commerce stream. Being a postgraduate in Food and Nutrition, Commerce was a new subject for me, but I took the help of teachers in her school to learn the subject myself so that I could teach Ankita. Accountancy was one subject that was completely unknown to me. I learned Accountancy from Ankita’s teacher by going to the teacher’s house to learn the subject. I was constantly in touch with her teachers and friends and tried to bridge the gap caused due to difficulties by collecting notes from classmates and copying the same for Ankita if she’d miss out something during the class.

After the twelfth grade, Ankita joined Stella Mary’s, an all-girls college, and opted for History and Tourism. Here too we were very lucky to find good-natured teachers and fellow students who helped Ankita in every possible way. They understood ways to work around Ankita’s difficulties, helped her during transitions, and made sure she was safe. The shift from Commerce to Arts was another phase of learning for me. I collected all notes and materials from Ankita’s respective Professors every day and made them short and simple for Ankita. Ankita got a graduate degree in 2019 and we couldn’t be happier.

After Ankita graduated, we were mulling over what next and which direction to head concerning a career for Ankita. An area related to computers was an obvious choice. Ankita took a lot of interest in computers and used to spend hours surfing the net for entertainment, games, movies, and songs. There was a certain sense of comfort and ease when it came to computers and we thought of channelizing her computer skills constructively. Ergo, after her graduation, we started looking out for a tech course suitable for her since we wanted her to have a career where she could contribute meaningfully.

Ankita’s fortune of encountering kind and empathetic people continued when we met Manu Sekar, the CEO and Founder of HashHackCode at an event in Chennai. Ankita was one of the initial students to register and avail the Creative Coding Programme. Being a visual learner, Ankita was delighted by the patterns, animation, and choice of colors that the coding lessons involved. Since task completion is very reinforcing for Ankita, she was determined to finish the levels. Initially, she’d get agitated when she wouldn’t be able to copy and paste content properly, but after a while, she not only overcame her rigidity but also mastered the skill of copying and pasting. Ankita performed pretty well in levels 8 to 10. She also applied what she learned during the classes and did numerous projects in her interest.

With the right foundation laid in Creative Coding, she was able to transition easily to the ProWeb professional course offered by HHC. Being a part of HHC, helped Ankita to explore programming as a profession and find a passionate and meaningful career. We are extremely proud of how far Ankita has come and how she made it through challenging times with the support and help of empathetic people.

As of today, Ankita has completed the two modules of the ProWeb course and is currently developing a website for her father’s business. HashHackCode has been instrumental in helping us realise our dream of having a secure future for Ankita. We believe this is just the beginning of many more opportunities where she’d apply what she has learnt in HHC and have a fulfilling professional career.